Runners in Boston ran the last mile to pay tribute to those who died in April !!! 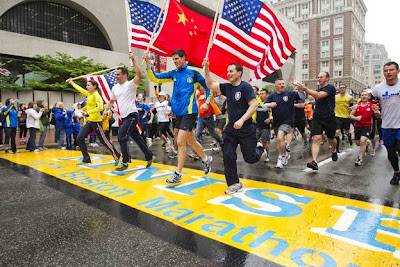 Does anti-immigrants sentiment in a globalized world make sense? 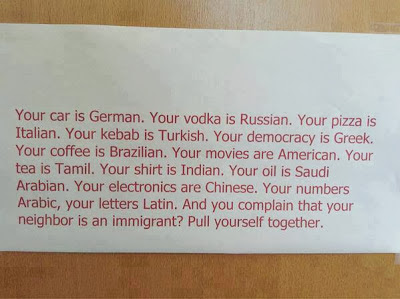 But I have to say Canada needs to speed up deporting ILLEGAL claimants instead of wasting resources by allowing cases to drag on for decades !!!!
Posted by Haricot 微豆 at 18:48:00 3 comments: Links to this post 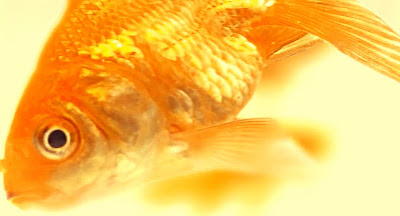 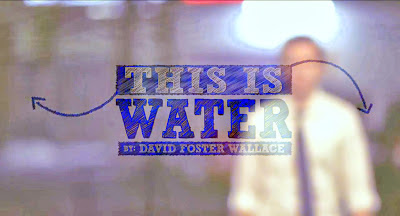 在上班下班交通阻塞高峰期,他們詛咒小販丶行人、和其他/她司機。 C'mon get going you jerk, you are blocking the traffic !!

在購物商場排長龍等待付錢時,她們向前面那些慢呑呑的人投以不耐煩和不屑的眼光。 C'mon coupon-lady, cash your welfare cheque somewhere else, you are holding up the line !!

以下是節録 The Glossary 对這2013年5月特製視頻之簡介 // A nine minute video with Wallace's voice of the speech was produced by The Glossary and published on the internet in May 2013:


Published on 6 May 2013
In 2005, author David Foster Wallace was asked to give the commencement address to the 2005 graduating class of Kenyon College. However, the resulting speech didn't become widely known until 3 years later, after his tragic death. It is, without a doubt, some of the best life advice we've ever come across, and perhaps the most simple and elegant explanation of the real value of education.

We made this video, built around an abridged version of the original audio recording, with the hopes that the core message of the speech could reach a wider audience who might not have otherwise been interested. However, we encourage everyone to seek out the full speech (because, in this case, the book is definitely better than the movie).
-The Glossary

Listen to the full speech here:
http://www.brainpickings.org/index.ph...
Photo Credit: Screen shots and videos from The Glossary

* Wikipedia / This Is Water: Some Thoughts, Delivered on a Significant Occasion, about Living a Compassionate Life is an essay by David Foster Wallace, first published in book form by Little, Brown and Company in 2009. The text originates from a commencement speech given by Wallace at Kenyon College on May 21, 2005. Before Little, Brown’s publication, a transcript of the speech circulated around the Internet. The essay was also published in The Best American Nonrequired Reading 2006.

Photo credit:
Tim Hortons is becoming one of our favourite spots to sit and watch the world go by. 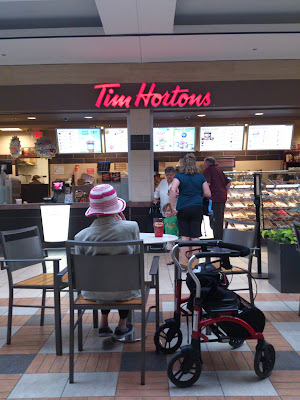 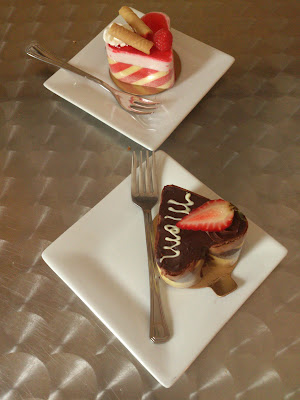 在時光隧道中，一個男人左衝右撞，嘗試在過去和將來空隙中找尋出路。
Posted by Haricot 微豆 at 23:07:00 2 comments: Links to this post 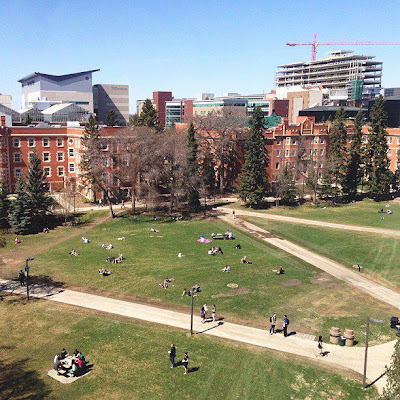 Here's a photo from the FaceBook page of my Alma Mater, the University of Alberta.

I remember going to the campus post office almost everyday hoping to receive mail from Hong Kong.
There was no Internet then. It took 7-10 days for an aerogram 航空郵柬 to go from Edmonton to Vancouver for transfer, then onto a plane to HK. Sea-mail 平郵 would take at least 21-30 days. Multiply that by two and that was how long one would get a return message.

For someone on student-visa, long distance phone calls were prohibitively expensive ~ CDN $3 per minute !

Needless to say, I was both home- and love-sick the first year. 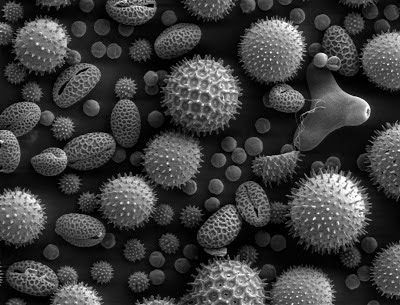 Trees are blooming, I am sneezing, Spring is here !!

On Sunday, after an enjoyable long walk in the Gatineau Park, I took my puffer medication and ran a fast tempo pace from my Mom's place back home in 30 min.


On Saturday night, K and I went to the Ottawa ByTowne Cinema and watched Terrence Malick's movie "To The Wonder". The story is existentially similar to "The Tree of Life" but not as sad. At the end of the movie, there was no applause from the audience, just a silent moment of reflection and perhaps a few sighs of relief that the movie was over.

If you like explosions and car-chases, don't bother to spend your money and time. But if you like beautiful cine-photography and enjoy abstract stories of the touchy feely type, you may want to go see it with your wondering cap on.

The following is from Wikipedia:

The following is from the Ottawa ByTowne Cinema website:

Just two years after The Tree Of Life – hardly more than an eye-blink in terms of his usual production-rate – Terrence Malick has returned with something which could be seen as a B-side or companion piece to that film. It is a bold and often beautiful movie, unfashionably and unironically concerned with love and God, and what will happen to us in the absence of either.

It is the story of a love affair doomed to failure, or at any rate doomed never quite to succeed. Ben Affleck is Neil, a stolid, handsome American engineer who has a passionate relationship in Paris with Marina (Olga Kurylenko), a sensual free spirit. Their love achieves an almost ecstatic state of happiness when they visit Mont Saint-Michel in Normandy and are all but overwhelmed by its islanded beauty. (‘We climbed the steps to the wonder,’ recalls Marina.) Easy-going, good-natured Neil gets on just fine with Marina’s 10-year-old daughter from a previous relationship and offers to bring them over to live with him in picket-fence middle America. But transplanted to the U.S., their relationship begins to go wrong and Neil becomes aware of a childhood friend, Jane (Rachel McAdams). In parallel with this, there is a priest, Father Quintana, played by Javier Bardem, whose consciousness begins to guide the movie in its American phase, and whose crisis of faith colours how we see the painful trial of Neil and Marina’s happiness.
The locals don’t know quite how to take Marina, but it is specifically Neil’s work that brings him into conflict with the community. He appears to be investigating soil subsidence and problems with the water table in the surrounding neighbourhood, issues that might affect the viability of the whole district. People nearby tell him he is making them nervous; one says that even the dog is behaving strangely. Despite the vivid gorgeousness that Malick discovers everywhere, there is a fundamental problem with the American soil itself – a real crisis of faith – and Neil and Marina’s existence is wilting. Malick may intend a visual rhyme with the earlier sequence at Mont Saint-Michel, in which the couple were running around in the squelching mud which seemed to ripple and bounce under their feet. There, the effect was playful and sensual, now the soil’s treachery is disturbing.

Marina’s visa can’t last for ever; a decision about marriage can’t be delayed as they both begin to doubt if America is really for them, and here is where Jane enters the story and Malick conjures a sublime sequence in which a kind of alternative-reality love affair is played out. Would a monogamous commitment be an affirmation of trust in God and in the mysterious beauty of life, which would generate its own success – or just be a terrible mistake?
– Peter Bradshaw, The Guardian
Posted by Haricot 微豆 at 23:59:00 1 comment: Links to this post