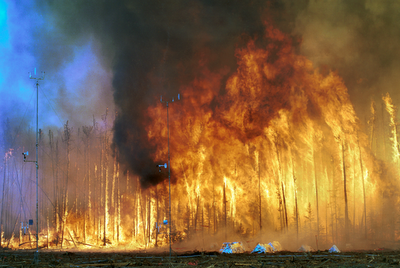 (2) 唔辭職,但或者会被同化,或者每日要与众為敵。 Stay there and become one of them, or fight against them every step of the way.

(3) 唔辭職,但堅守原則,搏升級,到有適当時机,用擁有職权,從內部改變人事同組織。Stay there, steer clear of trouble, get promoted into a position of power and authority then change things from within.


Related link: "It's his words against mine" 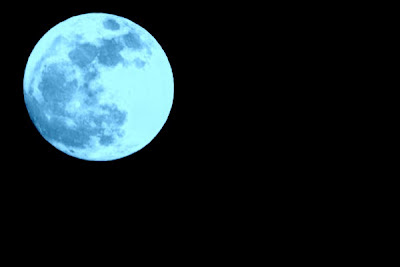 Watching the broadcast on a B&W TV and taking a glance at the silver moon hanging up high in the night sky of HK, my grandaunt assured me that the Moon Goddess was fooling Armstrong by producing a piece of dirt for him to step on. He never reached the Moon! 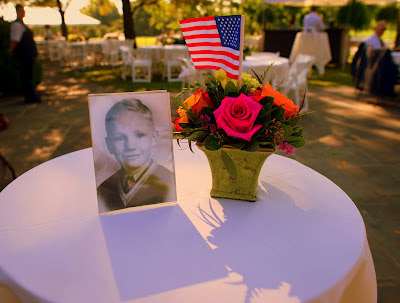 A memorial service for Neil Armstrong, the first man on the moon, was held on August 31, 2012, a Blue Moon day.

Armstrong's family statement paid the tribute "For those who may ask what they can do to honor Neil, we have a simple request. Honor his example of service, accomplishment and modesty, and the next time you walk outside on a clear night and see the moon smiling down at you, think of Neil Armstrong and give him a wink."

(Source: Wikipedia/Neil Armstrong)
Posted by Haricot 微豆 at 23:59:00 2 comments: Links to this post 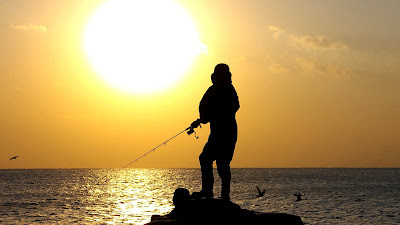 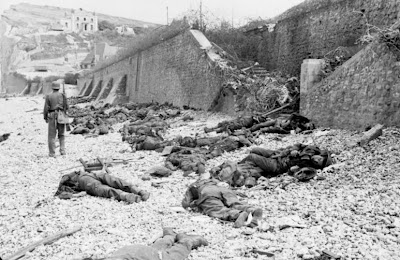 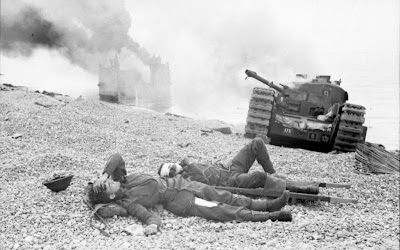 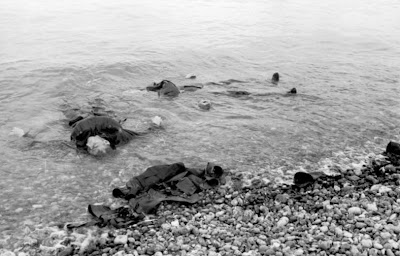 OTTAWA, ONTARIO–(Marketwire – Aug. 19, 2012) – Today, a Canadian Forces (CF) contingent of 55 members marked the 70th Anniversary of the Dieppe Raid, an important chapter in Canadian military history as it taught Canadians valuable lessons that would earn them success in the D-Day Invasion years later.

“Today we remember a dark but courageous chapter in Canadian military history,” said the Honourable Peter MacKay, Minister of National Defence. “While the outcome of the Dieppe Raid was tragic for thousands of heroic Canadians, the lessons they learned played a crucial role in the success of future military actions. Those who participated in the Dieppe Raid were among the more than one million brace Canadians who served during the Second World War, and whom we shall never forget.”

Attending the ceremony, organized by Veterans Affairs Canada (VAC), were His Excellency the Right Honourable David Johnston, Governor General and Commander-in-Chief of Canada; the Honourable Steven Blaney, Minister of Veterans Affairs; The Honourable Lawrence Cannon, Ambassador of Canada to France; Canadian Veterans who participated in the Dieppe Raid; Canadian cadets and scouts, and French dignitaries including the Mayor of Dieppe, Mr. Sebastien Jumel. A 30-person brass and reed band from Les Fusiliers Mont-Royal, were also front and centre. The Regiment participated in the Dieppe Raid, and has the “Dieppe” battle honour as one of its many Second World War honours. Approximately 500 guests were in attendance.

While in France, members of the CF contingent supported various ceremonies and events lead by VAC and the Town of Dieppe. A Commemorative Event at the National War Memorial in Ottawa is also being held by VAC today. The Chief of the Defence Staff will lay a wreath at the event and there will be a 90-member CF contingent at the ceremony. A CF bugler and piper will play the Last Post, Rouse and Lament.

The Raid on Dieppe, France, on August 19, 1942, was a pivotal moment in the Second World War. The Dieppe Raid was one of the most devastating and bloody chapters in Canadian military history. Of the 4963 Canadian soldiers who embarked from England for the operation, only 2210 returned, and many of them had never even landed in France. Over 900 Canadians were ultimately killed in action, died of wounds or died as prisoners of war.

The Dieppe Raid holds a prominent place in Canadian military history as it helped shape the Allied approach to the successful Normandy landings on D-Day, June 6, 1944. 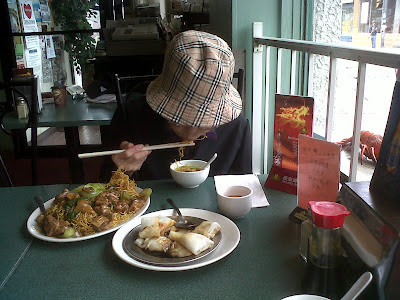 Me: "Of course I know. Why do you keep on repeating his name these days?"

Photo: My Mom, whose memory is fading, was widowed abt 10 yrs ago. 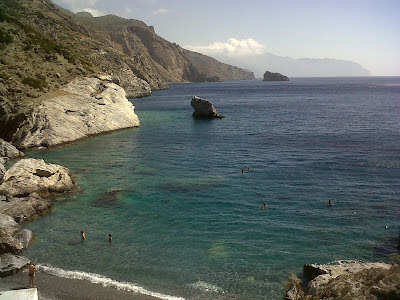 People from more "conservative" societies/culture might not feel comfortable with nude beaches. But as far as nature is concerned, it really makes no difference whether a human being is swimming with or without any clothes on.

From a pure naturist's point of view, the introduction of motor boats, spilled oil, beer cans and other man-made objects and wastes into an otherwise pristine body of water is really an insult to Mother Nature. Some nudists include swim wears on that list.

So, if you want to be part of nature on a beach that has no regulations against public nudity, would you be swimming in your birthday suit?


Sent from BlackBerry
Posted by Haricot 微豆 at 14:26:00 8 comments: Links to this post 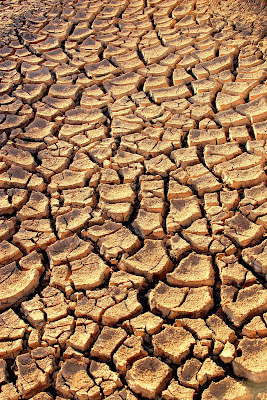 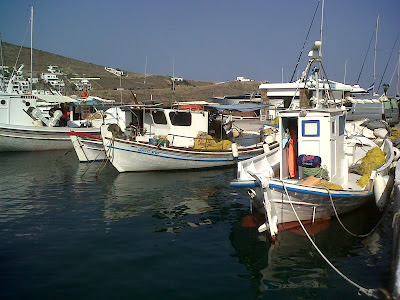 Our sailboat is currently at the main port of the Greek Island Kynos (my approx transcription from Greek). In an hour or so, we will set sail toward Athens with several stops for swimming/snokeling and cave-diving along the way.

I took this photo of a typical fishing boat just outside the cafe.

Sent from BlackBerry
Posted by Haricot 微豆 at 03:03:00 4 comments: Links to this post 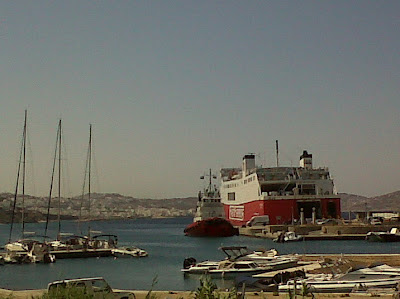 The wind has picked up since this morning and the harbour master advise all sailboat skippers to stay put because of the rough sea. We (the crew) are therefore having some down-time in the new port to catch up with our sleep and to detox.

Even tho I am a night-owl back in Ottawa, I am not used to ordering a full-course meal at 10:30 pm, finishing all the eating and drinking past mid-night, and go to bed at 2 am. Some fellow crew members even party all nite till 6:30 am !!!

The weather forecast calls for calm weather tomorrow and we would visit Delos, a famous archaeological site of the Greek Islands.

Photo: I took this pic of the new port of Mykonos yesterday. I was told that during peak season, there would be 6-7 cruise ships each carrying abt 3000 passengers arriving at Mykonos each day !!!


Sent from BlackBerry
Posted by Haricot 微豆 at 13:56:00 No comments: Links to this post 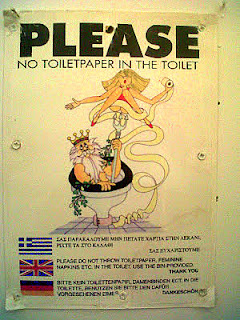 When I first heard that one cannot dispose of used toilet paper into the bowl in the WC, I thought it was just a big joke. Sure sure !!!

Well, the Greeks are serious abt keeping their toilet plumbing system paperless.

Except in modern hotels, you have to put it nicely into the basket/container next to the toilet for non-watery disposal.

Conclusion: The Greeks have a paperless society way before the arrival of computers. 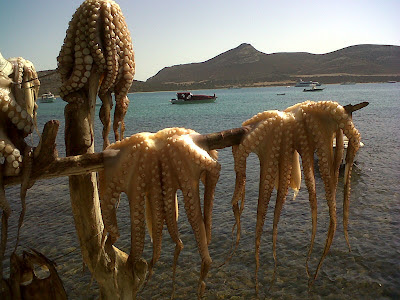 The Greek chefs always dry their octopus under the sun to rid it of moisture so it won't taste rubbery. And of course, grilled fresh octopus taste sooooo good :)


Sent from BlackBerry
Posted by Haricot 微豆 at 15:58:00 2 comments: Links to this post 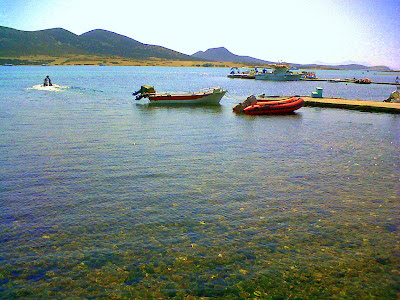 I took a photo of the boat launching/loading area next to the restaurant. 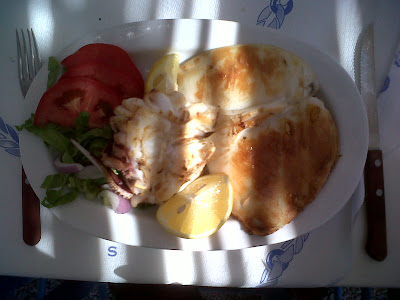 I just finished a 100 metres underground tour of the Cave of Antiparos. It is quite a spacious cavern (5600 m2) with lots of stalagmite hanging from the ceiling.

Currently, I am eating grilled cuttlefish at a seaside restaurant (shown in photo).


Sent from BlackBerry
Posted by Haricot 微豆 at 09:18:00 2 comments: Links to this post